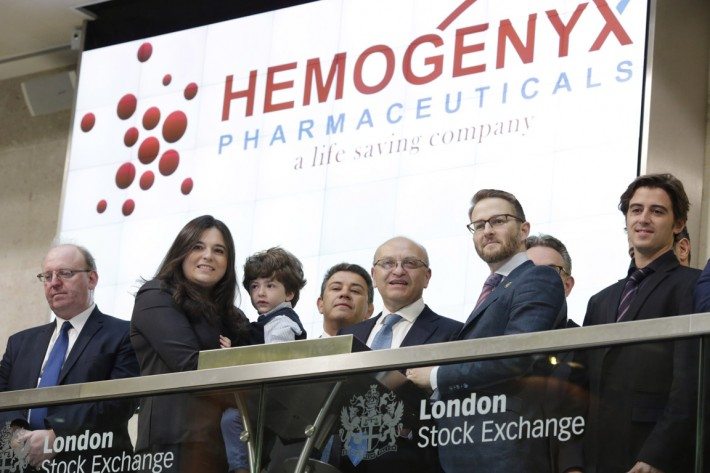 Will London Stock Exchange listed (Hemogenyx Pharmaceuticals (LON: HEMO) be the industry game changer we have all been waiting and hoping for?

The vitality of the blood stream and the unimpeded way that it circulates through our different physiological systems is one major factor that determines our health. So do the various elements in it, such as the oxygen it carries, or the red and white corpuscles that compose it. An unhealthy blood stream, filled with toxins, or a clogged distribution system that fails to distribute adequate amounts of it to our veins and organs, can weaken our resistance, hamper our lifestyle, and make us vulnerable to illnesses.  Patients of leukemia know of this situation firsthand and struggle with this condition every single day. As described by Medical News Today this illness is a cancer of the blood or the blood marrow, both of which are afflicted with an overproduction of white blood cells. These unhealthy white cells duplicate at an accelerated rate and end up crowding out the healthy ones and even cause their rapid elimination.

The elimination of the healthy white blood cells that are responsible for strengthening a person’s immune system thus makes them weak and susceptible to many illnesses. Their  body’s natural ability to fight off infection also decreases. Soon, they will have a hard time breathing and, in the absence or significant reduction of healthy red blood cells, their skin pallor will change to pale or deathly white. Other symptoms and signs of leukemia include the following: chills, continual flu, night sweats, pain in the bone structure, perpetual fatigue, and weight loss.

According to Indie Gogo, an estimated 150,000 individuals in the United States alone will be diagnosed with this debilitating illness. Hemogenyx Pharmaceuticals (LON: HEMO), a dynamic healthcare and medical research company that is pioneering more breakthrough treatments of leukemia, places the total number of Americans suffering the illness at more than one million.

Hemogenyx also points out the inadequacy of the current treatment being given to these patients. The transplant of a healthier bone marrow, uncontaminated by the non-stop duplication of white cancer cells, is the usual medical response to alleviate leukemia patients of their condition. It is regarded that once the ailing and weakened bone marrow is replaced by one that has all the right red and blood cells, and none of the cancerous production, the patient’s body will stop suffering the onslaught of the lethal cancer cell replication. The right amount of red and white cells in the bone marrow will also correct his physiological system.

Unfortunately, while well-intentioned and popular, the bone marrow transplant carries its own intrinsic flaw, which sometimes cannot serve certain patients in the long run. According to Hemogenyx’s own research, there is an acute shortage of bone marrow donors who will make the transplant possible. Only 60 percent of the entire number of patients can find a suitable donor. Then, assuming that the hospital or medical center does reach one and can facilitate the transplant, 50 percent of the cases fail after the operation.

The reasons usually have to do with the compatibility of the donated organ and the patient’s own physiological system. This failure rate is high and can leave the patient worse off than before; not only did the transplanted bone marrow not work, but their entire physiological system has been made weaker. They also lost a significant number of days in their life that could have been better spent enhancing it. Worse, they may not have enough strength to withstand another bone marrow transplant, which effectively reduces their chances for healing and recovery.

Groundbreaking Discovery for the Treatment of Leukemia

The above-mentioned common and sad scenario makes the revolutionary technique discovered by Hemogenyx even more ground-breaking. The company is changing the way bone marrow transplants are done to the point that it may even replace chemotherapy.

All the one element that will make the patient’s treatment and recovery possible comes from their own body. Compatibility with another person’s donated organ or tissue then no longer becomes an issue.

The key to the patient’s healing is also a bunch of cells, known as the Adult Hemogenic Endothelium (AHE), that can be found in the microscopic blood cells of grownups.

The AHE cells can be tapped to regenerate and revitalize the ailing patient’s entire blood system and not merely be used to combat the production of unhealthy blood cells.

This discovery was made by Dr. Vladislav Sandler in 2012, and Hemogenyx has since then been pushing it towards  Phase 1 Clinical trials. A brilliant scientist, Dr. Sandler led Hemogenyx in winning the prestigious 43North, the largest business competition in the world with over 7,000 entrants. He discovered the AHE cells in the body that were previously thought to disappear at birth. Also known as postnatal human hemogenic endothelial cells (Hu-PHEC cells), they are either taken from the umbilical cord and placenta or the patient’s liver biopsy.

A replacement for chemotherapy

To date, the procedure sounds simpler and more convenient than the conventional bone marrow transplant. The doctor can easily track down the AHE cells that are present in the patient’s own organs such as their liver. A simple biopsy can remove and isolate these cells from their original location and then prepare them for transplant. These cells are not dangerous nor malignant; neither do they contain the mutations that lead to the cancerous cell production that leads to leukemia. What seems to be “miraculous” about them is that they rejuvenate the patient’s entire blood stream.

To use a science-fiction analogy, the bone marrow transplant is similar to attaching an alien machine component to one’s arm after the limb has been severed. The cybernetic arm may fit and function, or it may not. But the treatment of Hemogenyx is like growing a new, stronger arm where one had been accidentally cut off. Once it reaches full growth, it will look natural on the owner—because it is natural and came from them.  Hemogenyx’s technology has the potential to replace chemotherapy and eliminate the side effects that come with it. It also has the flexibility of being applied to other blood diseases such as HIV, sepsis, multiple myeloma, and others.

Hemogenyx’s new treatment does not just save patients’ lives; in reinvigorating their blood stream, it might as well have given them a new one.