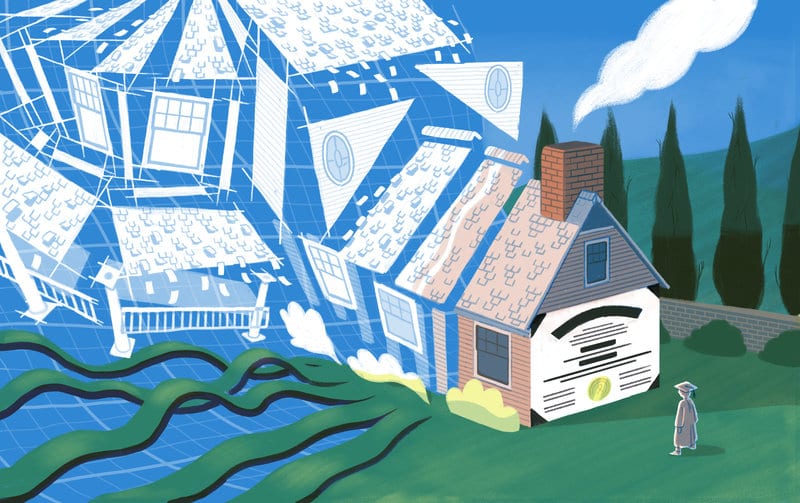 The Burden of Student Debt Affects the Real Estate Market

Student loan debt has become a paralyzing financial burden for many young Americans. Today, millenials are now moving past their college years and entering the phase in their lives where they are looking to be homeowners. However, being the generation with the most student debt in America does not make the home buying process very easy. Millenials are least likely to own a home compared to generations before them. In 2014, only about 36% of household heads between the ages of 24 and 32 years old owned a home. That is down from 45% in 2005. One of the big factors to this low-rate of homeownership is the amount of student loan debt they have.

While homeownership may be lowering, the amount of student debt continues to rise. This can be attributed to the increasing costs of higher education. The average college student graduates with about $30,000 in both private and federal loans. The more education costs the more students take out loans to pay for their education. This has created a never-ending cycle of debt that affects other aspects of life such as buying a home. The amount of student loan debt now surpass that of credit card debt with the total student loan debt being $1.56 trillion and credit card debt being $1.03 trillion. Here are some ways that student loan debt can make it difficult for millenials:

Homeownership and student loan debt can be a tumultuous relationship. Student loan debt often paralyzes millennials from acquiring an integral part of the American Dream, owning a home. Millennials do have a challenging future when it comes to purchasing a home. However, with careful budgeting and dedication to paying off debt, the dream of homeownership can be a reality.