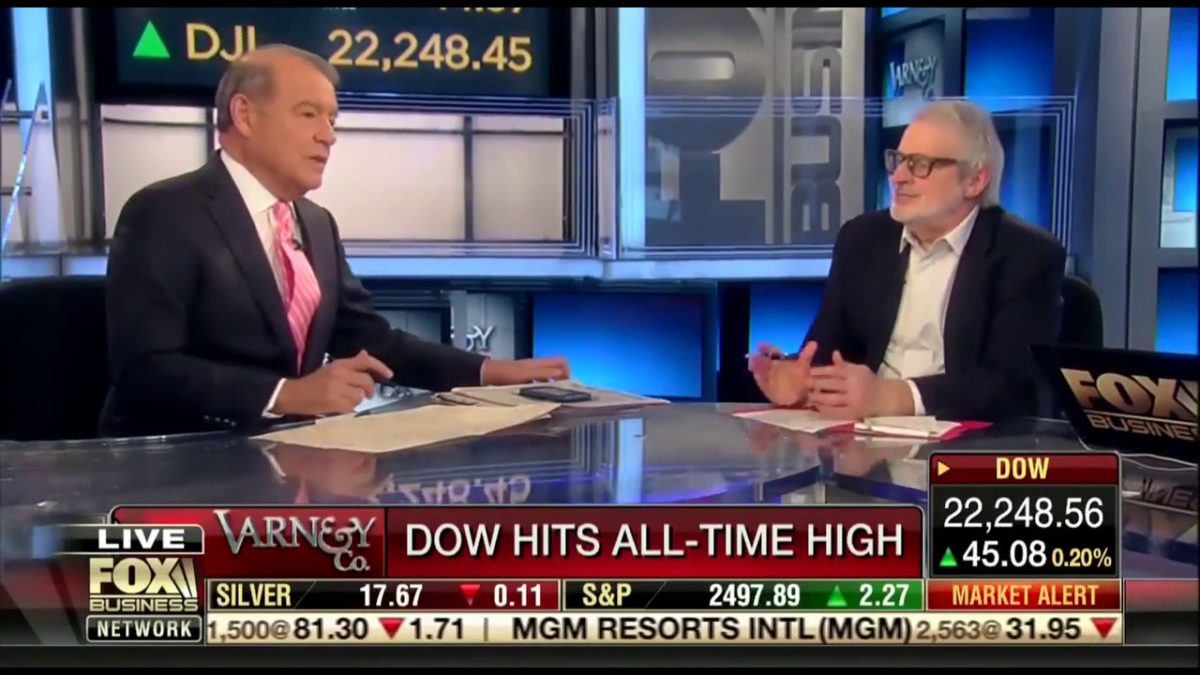 Despite some hit and miss earning reports, the markets have changed very little from the record setting highs they set last week. Although there have been some worries amongst investors and analysts, the mass majority believe the highs are here to stay for quite some time. There will undoubtedly be dips from time to time and these will prove to be good opportunities for investors to enter the markets. However, some suggest buying in at all-time highs would not be a good idea, since many stocks may have very well hit the ceiling. So, why have stocks remained so high, despite the decreasing prices of crude oil? Well, it could have something to do with the recent earning reports.

Over the course of the week thus far, several big companies have released their earnings. This includes Apple, Comcast, and even McDonald’s. Analysts were initially worried about Apple, due to the slowdown of smartphone sales. A disappointing earnings report would’ve most certainly crashed the market and would have sent stocks tumbling. Nonetheless, Apple had trick up their sleeve and managed to turn a higher-than-expected profit over the past three months. The company’s cheaper smartphone has proven to be a success and managed to push their revenue above that of what analysts expected. Comcast has done the same.

Comcast Casting a Shadow on Success

The company, which is primarily known for its Internet, telephone, and television packages, has dipped its feet into new waters as of late. Nonetheless, it is their core business, which has helped to push them to higher and higher revenues for the past quarter. Comcast’s earnings were impressive and they’ve managed to help rally markets. Thanks to the company’s success, the stock has climbed as much as 1% thus far and could very well climb higher. Despite the good news, the company’s video customer count has continued to drop. During the 2nd quarter, the company lost approximately 4,000 video customers. Nonetheless, this loss was greatly overshadowed by the gain of 220,000 new Internet subscribers

And how about WEC Energy Group? The company is not known for delivering surprises, but they’ve managed to do just that for the last quarter. The Milwaukee-based company, which provides consumers with natural gas and electricity, was recently caught out in the cold, due to the decrease of commodity prices. Nonetheless, the company’s recent moves have helped them turn over revenues, which they’ve never seen before and which analysts did not expect. Most experts agree that company’s recent Integrates acquisition helped them beat earnings. Unfortunately, the company missed revenues and this has sent the stock down to some degree.

The Need for Clean Power

One thing that may hinder the company’s ability in the future is the Clean Power Act. How will they meet emission requirements? Thankfully, the company has worked diligently over the past few years and has already purchased CO2 emissions down 23%. So, why exactly are stocks maintaining their all-time highs? The answer is easy enough, but few will believe it. Despite the conjecture of many analysts and politicians, the American economy is on the rebound. So, you shouldn’t be surprised to see stocks climbing even higher in the coming weeks.

Summary – Stocks have climbed to record highs and have refused to budge. Will they remain there and why? Check out this article to find out.