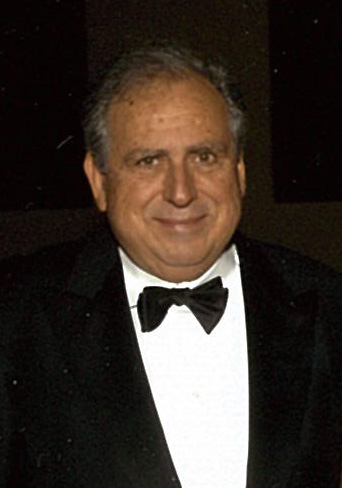 TransMedia Group  is one of the country’s leading, multi-lingual public relations firms. From the TransMedia Building in downtown Boca Raton, the award-winning firm serves clients worldwide, from Israel to New York, Norway to South Africa, Miami to Mexico. Besides English, TransMedia’s publicists speak many languages, including Spanish, Portuguese, French, Italian and Hebrew and TransMedia has offices in Paris, Brazil, China, Great Britain and Russia.

TransMedia Group is truly an international firm that has conducted massive media campaigns in Brazil and Mexico. For SkyShop Logistics, Inc. (OTC Bulletin Board: SKPN), the largest private postal network in Latin America which delivers more than 55 million mail items per month there, TransMedia publicized the company’s expanding cross border online shopping and delivery services in Latin America in partnership with Brandsmart USA in Brazil and Bananex in Mexico.

Thomas Madden received a BS degree in journalism from Temple University in 1962. In 1964, he moved to Atlantic City, New Jersey, and began working as a reporter at The Press of Atlantic City. In 1966, Madden and his family relocated to Philadelphia where he became a reporter and feature writer at The Philadelphia Inquirer. After receiving an MA from the Annenberg School of Communications at The University of Pennsylvania in 1970 while working the night shift as a reporter, Madden taught journalism part-time at Rutgers University before moving his family to New Orleans in late 1970, where he became an assistant professor of journalism at Loyola University. In 1974, Madden left college teaching, moved his family back to the Northeast and took a position with the well-known public relations firm Dudley Anderson Yutzy (now Ogilvy & Mather Public Relations Group) in Manhattan, where he worked on the firm’s largest accounts, including Kellogg’s of Battle Creek, MI, writing speeches for the company’s then CEO, William LaMothe, which were printed in The New York Times and Vital Speeches of the Day.

Tom Madden has a rich and exciting history from the American Broadcasting Comany as Public Relations Director, to working with such well know personalities as Fred Silverman and Leonard Goldenson. He also worked at NBC in executive administrator before leaving to start TransMedia Group in Boca Raton, Florida in 1981.

Adrienne Mazzone, President of TransMedia Group, oversees both its domestic and expanding international operations.  Adrienne has many years of PR experience under her fashionable belt.  Mazzone started her PR career in the music business with her first PR hit, Cindy Lauper sitting on Rick Derringer’s lap in the famous RockBill Magazine, while assisting in promoting all on-air personalities for NY’s #1 Rock Radio station 102.7, Adrienne’s experience quickly grew.

Prior to relocating to Boca Raton in ‘08, Adrienne deployed her extensive media contacts and background to become the publicist and agent for her own two children, Jake and Sirena Mazzone, booking them in various acting and modeling gigs which then landed them onto sets for various episodes in the worldwide viewed Sopranos, Law & Order and other productions.

Over the years, Mazzone has successfully achieved goals for many clients from arranging prominent galas for the Multiple Sclerosis Foundation’s, a national 501c3, that raised substantial funds, as will this year’s recent Palm Beach International Film Festival. Mazzone also coordinated celebrity filled Golf Tournaments, Concerts and fashion show luncheons at the Ritz Carlton and other prominent venues in South Florida and other parts of the US. Mazzone also placed talent as spokespeople, scouted locations for events or film projects, secured crews for production, product placement in film and event spotlights. Mazzone has been involved in various film academies, independent award winning films, TV segments, Infomercials, as well as live presentations, seminars and panels at Global summits. Arrival of “Oceans of Hope” at Bahia Mar Yacht Club to Boca’s Got Talent & Scavenger Hunt; Diamond in the City of Boca Raton earned widespread awareness to the area she has found to be home.

When Tom Madden Started the TransMedia Group, he obviously Knew exactly what he was doing.  As TransMedia is more than just a word,  it has a whole meaning to the Media World.   The Art of telling the Story, or as Tom Madden says “Let’s Spin them Baby and give the public the Whole Story” has become the single biggest motivating slogan of the fast paced PR Company. As succeeding President of the TransMedia Group Adrienne Mazzone, takes the helm, she is more than qualified , as she is Tom Maddens daughter, and has been around the Media Business all her life.

The  art of  storytelling (also known as trans-media narrative or multi platform storytelling, cross-media seriality) is the technique of telling the story across multiple platforms and formats using current digital technologies, not to be confused with traditional cross-platform media franchies or adaptations.

From a production standpoint, TransMedia storytelling involves creating content that engages an audience using various techniques to permeate their daily lives. In order to achieve this engagement, The  TranMedia Group  of Boca Raton will develop stories across multiple forms of media in order to deliver unique pieces of content in each channel. Importantly, these pieces of content are not only linked together (overtly or subtly), but are in narrative synchronization with each other. In his  book, The Spin Man,Tom Madden shows TV and film producers, Companies and Individuals  how to use   the  TransMedia Group to build an entertainment brand that can conquer global audiences, readers and users in a myriad of platforms.For most Americans, the term “public relations” has little middle ground – it either evokes mystique and glamour, or is shrouded with suspicion and contempt. “Spin doctors” have come to be a part of our pop culture and public conscience, though many of us, and maybe even a few of them, can’t explain how they work their particular magic to get their clients their 15 minutes of fame. Is it through hard work, dumb luck or great timing? The answer, says Thomas Madden, in his highly entertaining autobiography Spin Man, is all of the above. Madden began his career as a journalist with the Philadelphia Inquirer, worked in PR at ABC and NBC, and then founded the award-winning firm TransMedia, one of the largest public relations and marketing firms in the Southeast, with his wife Angela. Over the years he has worked with clients as diverse as AT&T, the City of New York, former mayor Ed Koch and Drexel Burnham Lambert, and delt with celebrities like Yoko Ono, Muhammad Ali, Regis Philbin and Dick Clark. While he’s undoubtedly an expert on “spin” he tells his tale in a straightforward manner, with candor, charm and humor. His book reads like a how-to PR manual as he recounts handling a wide range of interesting challenges, and in doing so, de-mystifies the curious world of public relations pros. Madden’s conversational style suits the narrative well, and the constantly revolving door of stars and situations make it a true page-turner. A must for anyone considering a career in media, advertising or marketing.